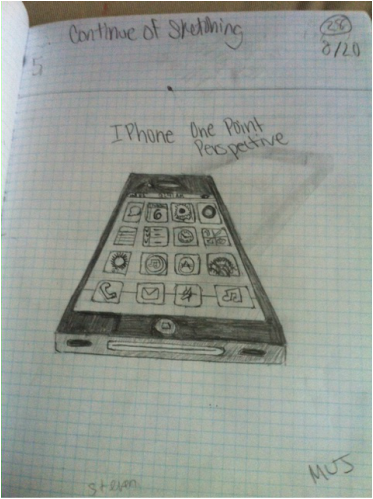 If you can stand on a straight road and look down the road, it appears as if the sides of the road eventually narrow to one point. The center of the road vanishes when the road meets the horizon. If the road is straight enough and long enough, the sides of the road not only look like they are converging to a single point, but the road seems to appear to vanish as it meets the horizon. A similar effect occurs if you stare upward from the base of a tall building. The vertical edges of the building will appear to angle in toward each other. This effect is called perspective.

There are three different types of perspective drawings: one-point, two-point, and three-point perspective. The different types of sketches are frequently used by architects, industrial designers, and illustrators when representing large scale objects or environments in which the effect of distance must be taken into consideration.

In this activity, you will practice your sketching skills by generating perspective views based on provided isometric views of objects. You will also apply your skills by creating one-point and two-point perspective of other imagined or real objects that you choose. 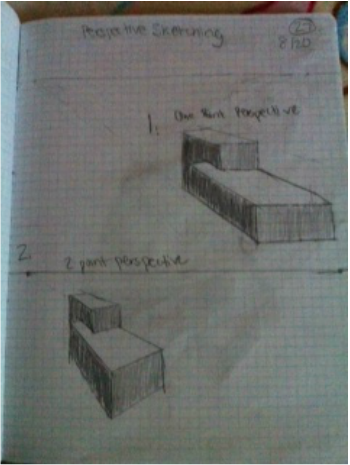 Create your own unique website with customizable templates.
Mirian Uriostegui